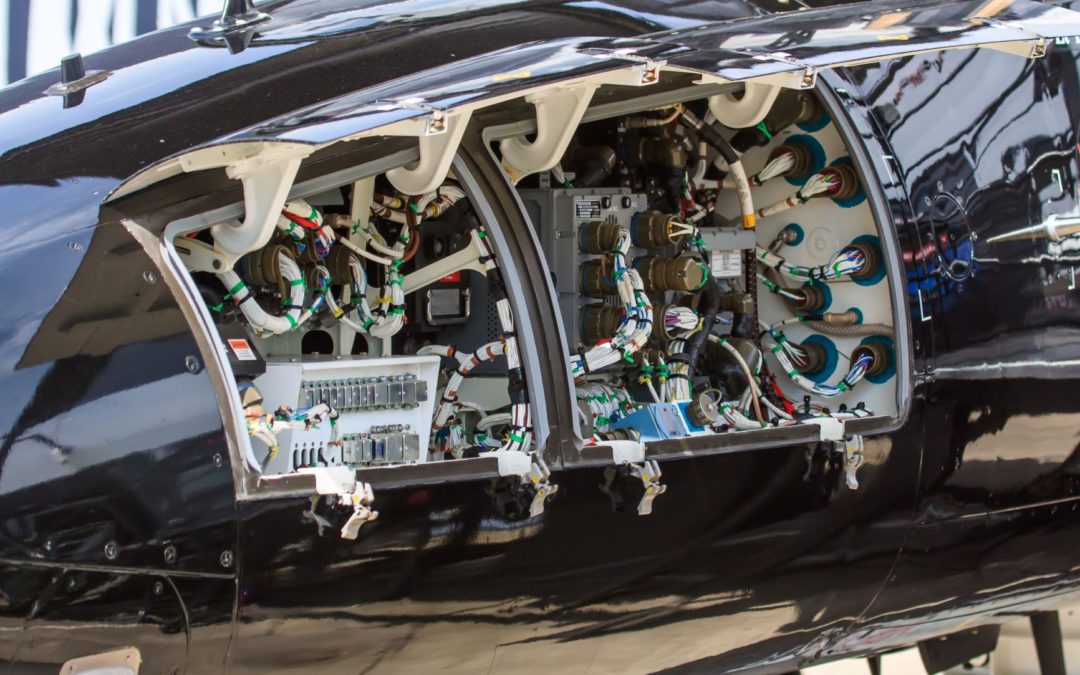 Wiring harnesses and looms – these terms are used in the aircraft and aerospace industry, but what are they?

Wiring loom is commonly used in a European context.

A wire is described as a single, solid conductor or a stranded conductor covered in an insulating material. Due to in-flight flexing and vibration conductor wire should be stranded to minimise breakage. Commercial and military aircraft use wire that is manufactured under MIL-W-22759 specifications, complying with current military and FAA requirements.

As technology progressed the phrase electrical cable, then electrical wiring harness developed. This terminology helps to avoid product confusion. It should be noted that cable is also used with wire to create a wiring harness (i.e. shielded jacketed cable).

A wiring harness consists of conductor wires that are contained in insulated coverings. These jacketed cables can be individuals, twisted pairs, triplets, etc.

The two most generally used conductors are Aluminium and Copper, each has its own characteristics. Aluminum is used extensively; its lightness makes possible long spans and its relatively large diameter for a given conductivity reduces the discharge of electricity from the wire. Copper has a higher conductivity, relatively high tensile strength and can be easily soldered.

In the Aerospace industry, aircraft can contain literally miles of wiring harnesses. Applications include engine, fuselage, landing gear, wing, and a host of other functions.

Silver Fox has a range of labelling solutions suitable for use on Harnesses, which have been successfully tested to MIL-STD-202-215

Send this to a friend
This site uses cookies. By continuing to use the site, you are agreeing to our use of cookies. Read More