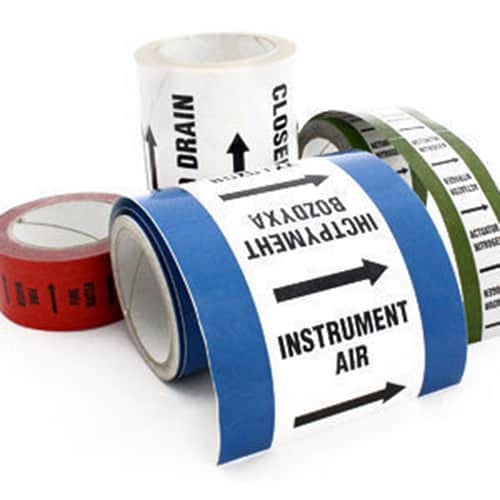 Silver Fox Endurance® Labels have gone through an array of different independent testing.

Successfully tested according to MIL-STD – 202G Method 108A for high-temperature performance. Testing took place for 1000 hours at a constant 85°C.

Successfully according to IEC60068 – 2 – 52 Test kb Salt Mist (Cyclic). The test comprised two hours exposure to salt mist, followed by seven days at 35°C, with 90% to 95% relative humidity. Four cycles were repeated in succession over a total of 28 days.

Independently, and successfully – subjected to an aggressive environment containing hydrogen sulphide. The exposure was designed to accelerate any potential degradation of the labels. Samples of labels were exposed to a gas mixture containing 2% hydrogen sulphide (H2S) at 10 bar and 30ºC for seven days. The exposure represented a huge acceleration factor based on the allowable working limits of eight hours at 10ppm H2S – an environment in which the labels would be expected to remain unchanged for considerably longer than 50 years.

Testing was performed to ISO 4892 part 3 method A cycle 1. This is a fluorescent tube UV weathering test using a QUV weathering tester. This is probably the most widely used UV weathering tester in the world. The test involves an 8 hr. cycle of intense UV at 60°C, followed by a 4 hour period of condensation at 50°C. The condensation is produced by heating a water pan in the base of the machine, producing evaporation; this causes condensation of purified water on the samples which are mounted at an angle above the pan. This is important in the degradation process in that it assists in the propagation of cracks and in the case of self-adhesive labels, will also encourage disbonding.

The independent testing house that performed the UV Weathering test has stated that their testing experience has shown that typical ISO 4892-3 testing probably has an acceleration factor of around 10-20 times real life for a northern European climate.

There are many factors and variables which can affect the equivalents such as angle of the sample to the sun, shading, temperature and localised pollution effects etc. These figures give no guarantee or warranty but they do serve to give a rough indication of the correlation between testing and real-world conditions.

Wherever possible, Silver Fox tests the finished printed label, not just the material.

Send this to a friend
This site uses cookies. By continuing to use the site, you are agreeing to our use of cookies. Read More